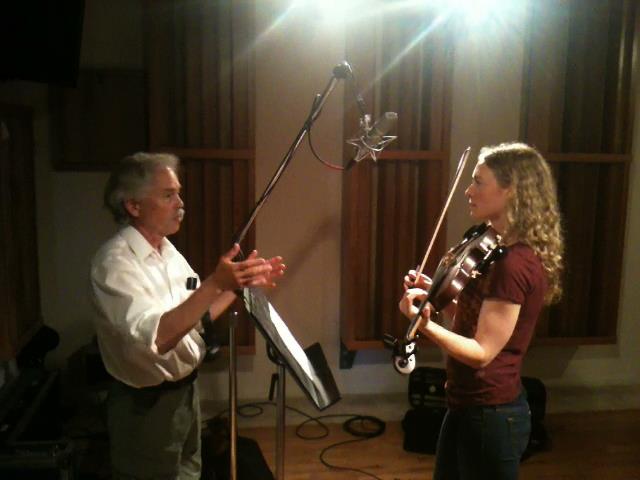 Dubbed "The Hookmeister” by one San Francisco Bay Area recording engineer, violinist/violist Laurel Thomsen’s knack for framing the tone of a track or album and creating infectious melodies has saved more than one client’s song from the chopping block. Classically trained with the ability to convey complex emotion through her instrument and also possessing an exceptional ear and the ability to read chord charts, improvise, arrange, and "fiddle" in a range of genres, Laurel presents an attractive package for songwriters and bands looking to add string parts to an album or song. Having recorded lead and backing violin, viola, cello, as well as both lead and harmony vocals, on dozens of albums since the early 2000s, she is frequently sought for her ability to add depth, color, and emotion to all types of music.

Canada’s premier music magazine, Penguin’s Eggs, recognized Laurel as “a terrific violinist and accompanist” with a “judicious” approach and “fascinating undertones and range.”

Born and raised in Monterey, California, and now based in the Santa Cruz Mountains, Laurel is available for in-studio recording sessions around the California Central Coast (Monterey, Santa Cruz, etc.) and San Francisco Bay Area, and elsewhere via remote session from her home studio or a recording studio of a client's choice.

With a rich and expressive tone and an interpretive style that can both rock a solo or add backup texture or groove, she has performed on Pop, Folk, Rock, Blues, Country, Bluegrass, Celtic, Latin, Gypsy, Jazz, Ragtime, and Cabaret style tracks. Samples from some of the albums she has recorded on can be found here.

“Melodic, tuneful, soaring, emotional, rumpus, and fun! These are just a few of the ways that Laurel Thomsen helped sculpt and lift every song she played on. Her deft touch and ear added to the meaning and meaningfulness of every song. Laurel Thomsen has a gift for music. I highly recommend Laurel for any musical project that you even think might sound good with a violin, viola, or fiddle.” 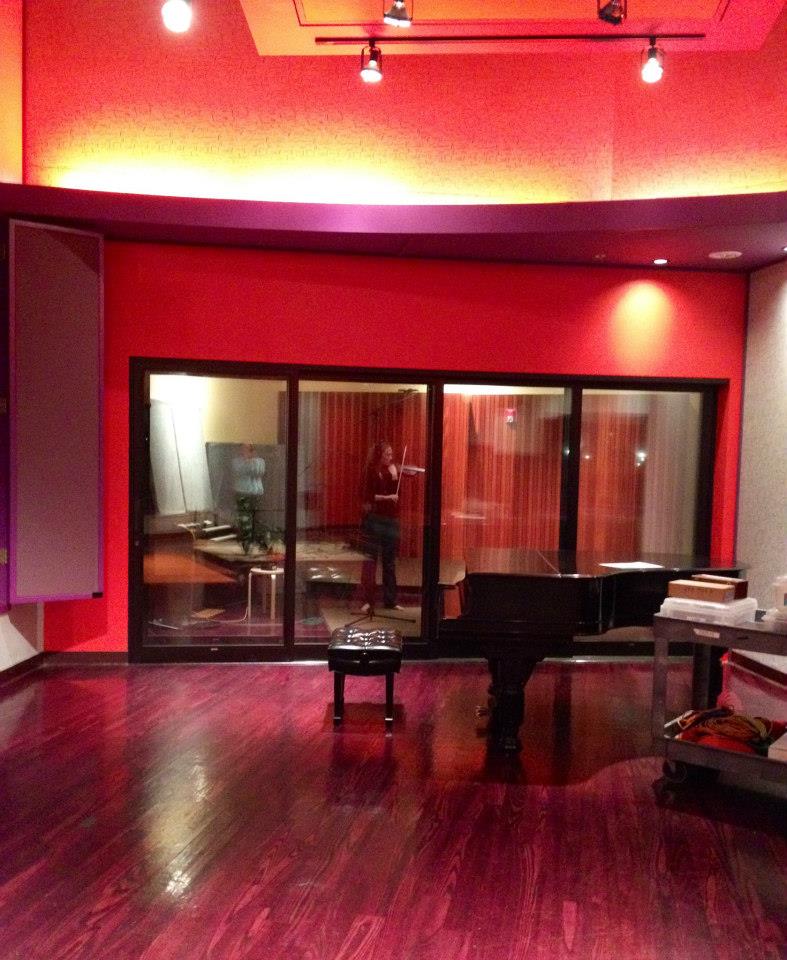 Laurel’s calm, focused, perceptive, and supportive demeanor is an asset to any recording project, putting others at ease and offering insightful suggestions as requested to help elevate each project and make the most of precious studio time.

Laurel works quickly in the recording studio. Her record to date is 9 songs in 3 hours. However, projects come with differing levels of complexity. If string parts are already composed, Laurel can easily read the sheet music and might average 1-3 songs an hour for such sessions. In situations where she needs to use her interpretive skills to bring a client’s rough sketches to life, or to create string arrangements completely from scratch, Laurel comes with the patience and professionalism to accept and translate feedback, and the stamina to realize her clients' vision in the studio - a creative process that often evolves through reflection, feeling, and listening.

Though chord charts and/or lead sheets may be helpful in these latter situations, they are also not necessary. Laurel can easily hear and interpret chord changes and is quick to memorize melodies and progressions. Clients appreciate her intuitive musical sensibility, and the range of colors, moods, and musical styles she can confidently deliver. Recording engineers appreciate her consistently spot-on intonation and timing, and her gorgeous tone, making editing and EQ-ing after a session quick and easy.

While Laurel is happy to follow a click track, she is also sensitive to changes in tempo and mood, perceiving subtle rubato, capturing dynamics and changing tone colors, and complementing vocal lines and other instruments with carefully matched phrasing, vibrato, articulation, and stylistic approaches.

Offering violin, viola, and cello (played Classically or with a variety of fiddle and world music flavors), Laurel provides options for multiple interweaving string lines in various registers, the ability to stack voicing for a string quartet sound, and can contribute backup or lead arrangements. 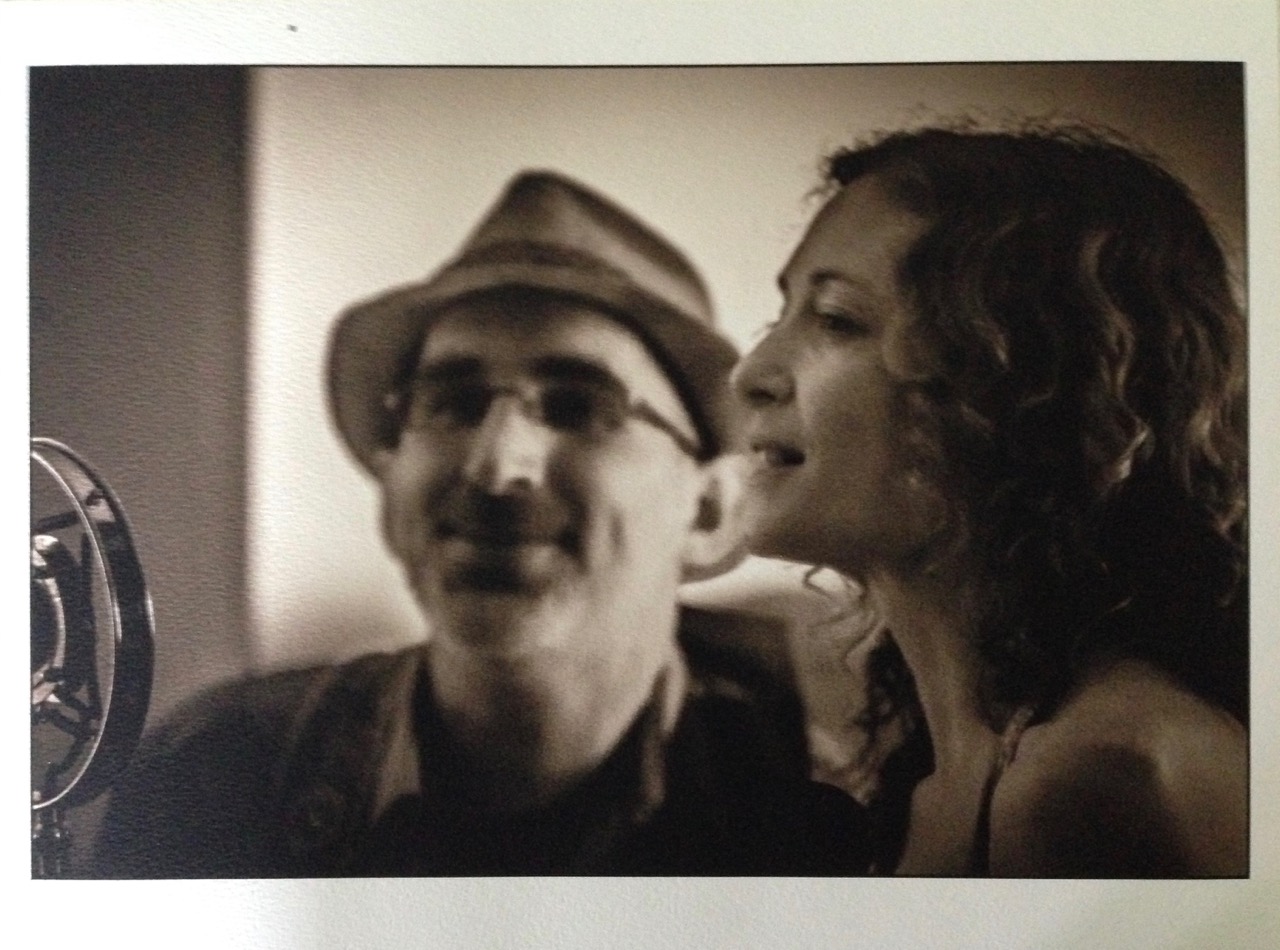 “Laurel Thomsen is one of the best session players I’ve worked with. She crafts great parts, comes prepared, and her playing is incredibly consistent, making it easy to find usable takes. She has a great ear for arranging and blending, and after she's done it's like her vocals or violin or viola were always in the mix. I can't hear the song without them anymore, and that's a good thing! It’s also been a great help to have her in the studio when listening back to mixes, helping choose the best performances, and making the job of the producer a lot easier. Laurel is creative, relaxed, open to trying ideas, and really has a gift for nailing memorable performances."

With a “remarkable singing voice” as described by the Monterey Herald, Laurel has also been contributing vocal leads and harmonies to a number of albums since 2012. Her warm and smooth voice blends easily with a variety of female and male lead voices, and her range suits both soprano and alto harmony lines. She can easily match pitches already determined, or find harmonies by ear, reflecting the mood of the lyrics and the chord progressions of a song. As with her string playing, Laurel is sensitive to phrasing and articulation, and takes pride in her carefully blended vocal tones.

Please email Laurel at laurel@laurelthomsen.com (best way to get in touch) or call her at 831-224-0913 to discuss your project, check availability, and receive a quote reflecting of the scope of the work.

In your initial message, please include:

I look forward to hearing your project!